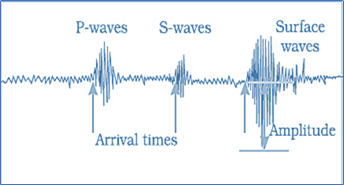 Shadow zones are those specific areas where seismic waves are not reported. These zones are distinct for P and S-waves.