On New Year’s day, the Ministry of Foreign Affairs stated that the next Foreign Secretary of India is going to be Vijay Keshav Gokhale. Gokhale was earlier appointed as the Economic Relations Secretary in the Ministry of External Affairs (MEA) and has taken charge after the tenure of S Jaishankar on Monday (January 29). Significantly, Gokhale has been tagged as one of the key persons to have resolved the Doklam crisis. Gokhale will have a two-year term. As per rules, the posts of foreign secretary, defence and home secretaries, CBI and IB chiefs are for a two-year term.

Gokhale is four years junior to the current Foreign Secretary, S Jaishankar. Gokhale joined the Indian Foreign Service in 1981 and Jaishankar joined in 1977. Prior to joining the Foreign Services, Gokhale completed his Master’s degree in History from Delhi University. before taking charge as the Indian Ambassador to China, Gokhale has represented India in Germany as well as in Malaysia. He was the High Commissioner of India to Malaysia from January 2010 to October 2013. After Malaysia, Gokhale was the Ambassador of India to the Federal Republic of Germany from October 2013 to January 2016. Thereafter, Gokhale took charge as India’s Ambassador to the People’s Republic of China from January 2016 to October 2017.

Vijay Gokhale is married to Vandana Gokhale and they have one son. His previous diplomatic assignments include postings in Hong Kong, Hanoi, Beijing and New York.

The union government has cleared the name of senior advocate Indu Malhotra for appointment as a Supreme Court judge. This makes Malhotra the second sitting woman judge in the top court and the first woman lawyer to be directly elevated from the Bar.

Malhotra’s name was unanimously cleared by the Collegium comprising Chief Justice of India Dipak Misra, Justices J Chelameswar, Ranjan Gogoi, Madan B Lokur and Kurian Joseph. Appointed as the seventh woman judge of the apex court since independence, Malhotra will add to the existing strength of 24 judges in the top court.

Hailing from a family of lawyers, Malhotra joined the profession in 1983 and was appointed as a Senior Advocate in 2007. She was the second woman after Leila Seth to be elevated by the Supreme Court to the designation of a Senior Advocate and secured first position in the Advocate-on-Record examination for the top court.

Specialising in arbitration law, Malhotra was part of a committee, headed by retired Supreme Court Judge B N Srikrishna, which called for creation of an Arbitration Promotion Council of India. Last year, a three-judge bench of the Supreme Court, headed by the CJI, appointed Malhotra as amicus curiae in a case involving arrests in dowry harassment with the consent of family welfare committee set up in each district.

From 1991 to 1996, Malhotra served as the Standing Counsel for the State of Haryana in the apex court and represented several corportation like Exchange Board of India (SEBI), Delhi Development Authority (DDA), Council for Scientific and Industrial Research (CSIR), Indian Council for Agricultural Research (ICAR), before the Supreme Court.

She has also authored a commentary on the Arbitration and Conciliation Act, 1996 published by Thomson Reuters. Malhotra as a counsel for the NGO Save Life Foundation, framed guidelines, Good Samaritan Law, for bystanders who give assistance to victims of road accidents.

Being one of the members of the Vishaka Committee, Malhotra was on the panel of women lawyers set up to protect women lawyers from sexual harassment in 2013. She is a counsel in multiple PILs challenging laws under the Motor Vehicles Act and discrimination against women make-up artists in the Bollywood industry.

The government appointed renowned scientist Sivan K as the chairman of Indian Space Research Organisation (ISRO) to replace of A S Kiran Kumar. The Appointments Committee of the Cabinet approved his appointment as secretary, Department of Space and chairman of Space Commission for a tenure of three years.

Sivan, at present Director of Vikram Sarabhai Space Centre, will succeed Kumar, who was appointed on January 12, 2015. He graduated from Madras Institute of Technology in aeronautical engineering in 1980 and completed Master of Engineering in Aerospace engineering from IISc, Bangalore in 1982, according to his biodata.

Subsequently, he completed his PhD in Aerospace engineering from IIT, Bombay in 2006. Sivan joined the ISRO in 1982 in PSLV project and has contributed immensely towards end to end mission planning, mission design, mission integration and analysis.

He has numerous publications in various journals and is a fellow of Indian National Academy of Engineering, Aeronautical Society of India and Systems Society of India. Sivan has received numerous awards throughout his career which includes Doctor of Science (Honoris Causa) from Sathyabama University, Chennai in April 2014 and Shri Hari Om Ashram Prerit Dr Vikram Sarabhai Research award for 1999.

Born on December 2, 1953, Rawat did his masters in Physics from Banaras Hindu University, Varanasi and thereafter MSc in Social Development Planning from United Kingdom.

Rawat has served several important roles as a government officer. In May 1994, he was deputed as a United Nations election observer in South Africa to oversee the first post-apartheid elections. He also served as Collector, Narsinghpur (1983-86) and Indore (1986-88) in Madhya Pradesh.

During his tenure as an election commissioner of India, he monitored general assembly elections in fourteen Indian states– Bihar, Tamil Nadu, Kerala, West Bengal, Puducherry, Assam, and others.

The only astronaut to fly in NASA’s Gemini, Apollo and space shuttle programmes, John Young, 87, passed away on Saturday after contracting pneumonia. He was a man of many firsts: the first to fly into space six times and the first to command a shuttle flight.

Young began his career as an astronaut at the age of 32 after he was admitted into NASA’s second group of astronauts, known as the ‘New Nine’, alongside Neil Armstrong and Jim Lovell.

He was one of the only three astronauts to launch to the moon on two occasions and was the ninth person to set foot on the lunar surface, according to Space.com. Young spent around 34 days, 19 hours and 39 minutes flying in space, which also includes 20 hours and 14 minutes walking on the moon.

Before the historic Apollo 10 mission, Young became the first astronaut to orbit the moon alone. The exercise was a full rehearsal for the first lunar landing, which happened two months later. He had also set the record for attaining the highest speed, 38,897 kilometres per hour, by an astronaut aboard a spacecraft. In 1962,  the legendary astronaut set the world “time-to-climb records” to 3,000 and 25,000-meter altitudes onboard the McDonnell Douglas F-4 Phantom. 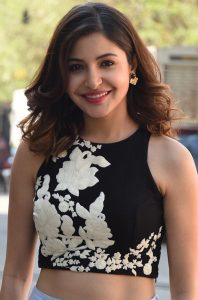 Newlywed actor Anushka Sharma has been named PETA’s Person of the Year by animal rights organisation People for Ethical Treatment of Animals (PETA). Known for movies like PK, Jab Tak Hai Jaan and Ae Dil Hai Mushkil, Anushka, who is a vegetarian, has nabbed the title for her efforts to help protect dogs from fireworks. She was also against the use of horses to pull carriages in Mumbai.

Some of her recent efforts to protect animals include launching her cruelty-free NUSH clothing line and visiting an animal shelter and promoting its work on her social media platforms. She also launched a campaign called PAWsitive to raise awareness of the suffering fireworks cause to animals and also took to Twitter to demand a ban on cruel carriage rides in Mumbai. She also has an adopted dog named Dude.